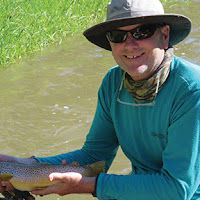 Paul E. Bugas, Jr. is a Fisheries Manager with the Virginia Department of Game and Inland Fisheries based in Verona. He graduated from Virginia Tech in 1975 with a Bachelor of Science degree in forestry and wildlife (fisheries option), immediately starting his career with VDGIF. He currently oversees fish stock assessments, habitat improvement, fish stocking, environmental impacts, fish health, and water quality projects in 29 counties. Bugas has received awards from the American Fisheries Society, the Garden Club of Virginia, Trout Unlimited, the Izaak Walton League of America, and others for his outreach efforts in aquatic education. In 1990, Paul organized the Virginia Chapter of the American Fisheries Society and served as its first president. 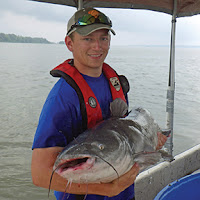 Corbin D. Hilling is a Virginia Sea Grant Graduate Research Fellow and PhD student at Virginia Tech. Corbin completed degrees in biology (BS) and wildlife and fisheries resources (MS) at West Virginia University. He is an award-winning instructor in the Virginia Tech Department of Fish & Wildlife Conservation, where he teaches students to identify Virginia fishes. Corbin has published several scientific articles on fishes and their biology during his young career. He is active in public outreach and engagement to spread awareness of fishes and their conservation. During his free time, Corbin enjoys fishing for both freshwater and marine fishes. 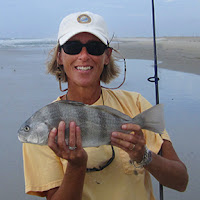 Val Kells is a renowned Marine Science Illustrator who works with designers, curators, biologists, and master planners to create illustrations for educational graphic displays. Her work has appeared in over 30 public aquariums, museums, and nature centers. Val also works with publishers and authors to create a wide variety of books and periodicals. She most recently co-authored and illustrated A Field Guide to Coastal Fishes: From Maine to Texas and A Field Guide to Coastal Fishes: From Alaska to California and she is currently working on the third in that series. Val also illustrated Field Guide to Fishes of the Chesapeake Bay and Tunas and Billfishes of the World, all published by Johns Hopkins University Press. Val is an avid fisherman and naturalist and in her off time, she loves to fish and explore with her two sons. 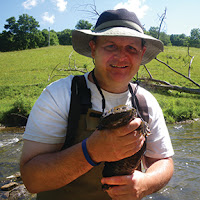 Michael J. Pinder is a Frostburg State University graduate with degrees in biology (BS) and fisheries management (MS). He has spent the last 25 years as an aquatic biologist for the Virginia Department of Game and Inland Fisheries. Mike has worked on a variety of taxa groups including freshwater mollusks, fishes, amphibians, and reptiles. He established the agency’s first facility to propagate and recover freshwater mussels of the Tennessee River drainage. His primary focus is the management and conservation of Virginia’s nongame and endangered freshwater fishes. He has been honored with multiple awards, the most recent being the Thomas Jefferson Award for Conservation. Mike is a lifelong angler, naturalist, woodworker, and artist. 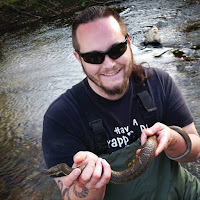 Derek A. Wheaton is a biologist for Conservation Fisheries, Inc., which breeds and monitors rare fish species for conservation efforts. He has worked for the Virginia Department of Game and Inland Fisheries, performing statewide surveys for rare and nongame fish species. He is a regional representative and board member for the North American Native Fishes Association. He is an avid underwater photographer, spending most of his free time in a river or stream and sharing photos of amazing aquatic wildlife as Enchanting Ectotherms on social media. He is an accomplished aquarist, specifically with native species, and has maintained many of Virginia’s fishes in captivity. 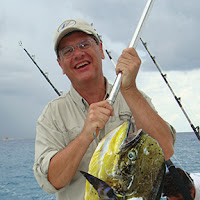 Donald J. Orth is the Thomas H. Jones Professor in the Department of Fish and Wildlife Conservation at Virginia Polytechnic Institute and State University. Don attended Eastern Illinois University (BS) and Oklahoma State University (MS and PhD). He is a Life Member of the American Fisheries Society and a Certified Fisheries Professional. He is also a Fellow of the American Fisheries Society, the American Institute of Fisheries Research Biologists, and the Virginia Natural Resources Leadership Institute. In addition to over 100 popular writings, Don has published over 200 technical works on fishes, fisheries, and riverine management and has received numerous awards for his teaching and contributions to conservation. 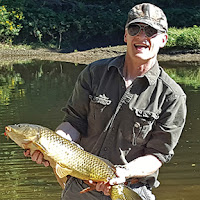 Joseph R. Tomelleri is a naturalist, biologist, avid fisherman, and artist. He uses Prismacolor, graphite pencils, and attention to precise detail learned from personal collecting and photographing native fishes. His 1,100+ illustrations have appeared in numerous publications, including Trout and Salmon of North America, Fishes of Alabama, Fishes of Kansas, Fishes of Indiana, Fishes of Texas, and Freshwater Fishes of North America. Recent projects include Native Trout of Mexico, Fishes of Idaho, and Fishes of the Salish Sea and Puget Sound. He holds a BS and MS in biology from Fort Hays State University. He lives with his wife, Susan, and their two sons in Leawood, Kansas.